Yesterday, June 20, 2017 at 20.30, the facilities of the tourist apartmens Alisne Houses were inaugurated in the municipality of Almodovar del Rio, to the shore of Breña Reservoir.

8 tourist apartments with capacity for 40 people. It consists of 5 one bedroom apartments, 2 two bedroom apartments and one 3 bedroom apartment, all of them with living room with chimney, kitchen and terrace with awesome views of the breña swamp, also have paddle tennis courts and a pool with views to the marsh, has a jetty to enjoy the incontable nautical activities offered by the marsh.

The facilities are complemented with a large living room adapted for celebrations of different nature.

The idea arose when being expropriated great part of the land for the enlargement of the marsh, this caused the loss of profitability of the exploitation, had to think about doing something so that did not lose jobs and thought about an activity complementary to the agriculture and that respects the environment, hence promoting this activity of rural tourism with a supply of accommodation of quality complementary to Almodovar´s offer and turns it into a very competitive tourist destination.

During the event, the facilities were visited and the website www.alisne.es was presented from where the reservations can be made.

A cocktail was offered later to the assistants.

We leave you the moment of presentation of the facilities at Alisne Houses.

This site uses Akismet to reduce spam. Learn how your comment data is processed. 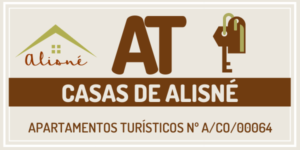